Are we slaves of our desires?

Previous Next
Are we slaves of our desires? 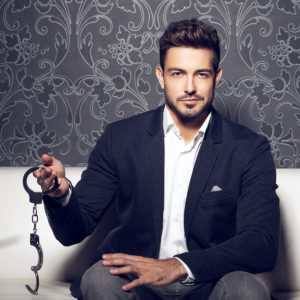 We live in a constructed world built with ideologies that permeate everything right down to our very selves. Economically, socially, politically, and professionally, we are the rope in a tug-of-war between the interests of our individual selves versus the interests of the group: the local, state, national and global communities. This ideologically-driven battle has defined diverse political movements over the past hundred years or more in which the very meaning of democracy and freedom is at stake and so has far-reaching implications for any attempt at meaningful living.

This article is based on the 2002 BBC documentary series by Adam Curtis called The Century of the Self, a must see. Longer than a normal blog post, I encourage readers to take the time it requires to read it through and think for yourself: what are the implications for you? How do these issues affect your ability to live a meaningful life?

Curtis begins with Edward Bernays, who continues to influence corporate America and beyond. Strangely, Bernays’ mother was Freud’s sister, Anna, and his father, Ely, was the brother of Freud’s wife, Martha Bernays. So, Edward was a double nephew of his Uncle Sigmund.

Though not widely recognized Bernays was almost as influential as his famous uncle, and regarded as one of the hundred most influential people of the 20th century. Bernays was first employed by the American president Woodrow Wilson to disseminate propaganda in Europe regarding America’s war efforts to spread democracy throughout Europe when it entered the first World War. Bernays was so successful in this that he realized he could use propaganda to influence the masses in peace time. As ‘propaganda’ was something of a dirty word, he coined the term “public relations”.

His first major foray into sales and marketing manipulation was in overturning the social taboo against women smoking cigarettes in public. He organised a large group of women to light up during a parade in New York. No thought of health consequences though he would pay for this disregard before long. When asked what they were doing, they were prepped to respond: ‘we are lighting our torches of freedom!’ Notice how emotion is employed in the service of ideology by associating a cigarette with the Statue of Liberty.

Bernays had first consulted a psychoanalyst who, for a large fee, told him that cigarettes were a symbol of male sexual power and if women smoked, they would have their own penises. (If only equality was this easy! – puff puff). Sales of cigarettes to women grew firmly (like an erection?) but ironically, Bernays came to regret this, when his wife died of lung cancer. She wasn’t the only one because it was, in fact, Bernays who introduced his uncle in Vienna to Havana Cigars. To show his gratitude, Freud gave Bernays a copy of his Introductory Lectures to Psychoanalysis – which greatly influenced him.

Later, when Freud was nearly bankrupt, he approached Bernays for help and so Bernays arranged for Freud’s writings to be published and promoted in the US.

Bernays learned that you can tap powerful unconscious forces and make people behave irrationally if you link products to people’s feelings and desires. Products could become compelling emotional symbols of how we want to be seen by others. ‘Ooooh, what a sexy car you drive… ‘

This solved a major problem for American corporations that were afraid that supply could easily outstrip demand because mass produced goods were flying off production lines. In 1920s America, people still mainly bought things they needed and didn’t replace them until they wore out. Luxury goods were only a province of the rich.

Paul Masser, a prominent Wall Street banker who worked for Lehman Brothers at that time realized the value of shifting from a needs-based culture by training people to desire new things before the old had been consumed. They set out to shape a new mentality where our desires overrule our needs. Bernays, armed with theories learned from his uncle Sigmund, was the person to bring about this shift, with particular respect to what motivates us. Bernays invented and employed many techniques of consumer persuasion and manipulation that still inform advertising, marketing and sales cultures today. It also informs politics as evidenced from the US election of 2016 where false and constructed ‘news’ stories played a major part in the outcome.

Bernays was the first to link Hollywood film stars to products and also to politicians. President Coolidge was regarded as something of a national joke but Bernays invited a group of famous actors to hang out with Coolidge. It was picked up by all the major newspapers and suddenly Coolidge was cool. Bernays dressed the stars in the products of his clients, the corporations. He employed psychologists to write reports to tell us that products are good for us, represented as independent studies. He originated the use of questionnaires to determine general trends and opinions. Psychologists who rely too heavily on such questionnaires today often miss the individual with their one size fits all approach.

But Bernays fuelled the idea that we need to express our hidden, individual selves and show our feelings, moods, and values to the world; he largely conceived and gave birth to it. Expressing your ‘self’ through products gave consumers a sense of their individual identity and this, in turn, supports the pursuit of happiness. By 1927, the press reported that a change had occurred in democracy itself that was named ‘consumptionism’. Our very responsibility as a citizen became to support the economy (stupid) by being an active consumer.

In 1928, President Hoover announced to advertising and public relations men that they have taken over the job of creating desire and “you have transformed people into constantly moving happiness machines that have become the key to economic progress.” The idea was emerging that at the centre of mass democracy was the consuming self that made the economy work and made people docile and happy.

The wave of consumption was further fuelled by the Bernays-generated idea that ordinary people should borrow money from the banks (his clients) to buy shares. But ultimately, the happiness machines crashed when the stockmarket suffered its worst collapse in history in 1929.

Bernays had written a series of books claiming that he had developed techniques to control the masses by stimulating their inner desires and sating them with consumer products, thereby managing the irrational forces of the Freudian unconscious. He called this The Engineering of Consent (think: Noam Chomsky who opposed such techniques, much later).

Following Bernays, mass democracy was being turned into a form of pain relief medication or an anti-depressant (a la ‘retail therapy’). The key to social control is to manage people as passive consumers.

Jump ahead 50 years or so to the 1970s and the human potential movement, ideas of being authentic, being oneself and being present, became employed by American corporations as a way of inducing us to buy things to express our selves ramps up into full-swing. American-styled capitalism discovers it can ‘get inside our heads’ through questionnaires, surveys, focus-groups and a vast industry of psychological market research aiming to develop products to enable us to express our individuality, our sense of being unconventional and even our very sense of freedom. Find out what they most want, then sell it to them.

With the advent of the new self, products and services have unlimited horizons, they satisfy deep emotional yearnings and promise to make you a better person.

Through his giant imagination, Bernays, called the originator of spin and the father of public relations, created a vision of the future as one where we become free by satisfying these individual feelings and desires, now called “needs”. These ideas began with Freud, fostered and promoted by Bernays, disseminated by big business and ideologically-celebrated by politicians. But privately, Bernays believed that democracy could not work because we are ruled by unconscious instinctual drives of sexuality and aggression (Freud) and therefore we must be controlled by a ruling elite.

Actually, we are greedy, selfish, get-what-we-want-at-any-cost-without-care-for-others creatures. And as Freud said, being even remotely civilized keeps us discontented and forever wanting more. Dissatisfied by an infinite sense of insufficiency perpetually chasing more, better and different.

The Bernaysian techniques of spin, manipulation and propagandizing were originally developed not to liberate us, but to find new ways of controlling us. The consumer is king but consumption is a way of giving us the illusion of control while positioning us to be controlled.

To think outside of our self-interest would involve challenging the dominant Freudian view of human beings as irrationally-driven, a concept advocated by the major corporations to make us ideal consumers in their self-interest.

Curtis concludes: “Although we feel that we are free, in reality we have become slaves of our own desires. We have forgotten that we can be more than that.”

Are you aware of the ideologies that permeate your lives? What theories are you subscribing to and in whose interest? Are you a cog in a much bigger machine that spins the illusion of freedom while keeping you a slave?

The very possibility of sufficiency has been all but destroyed by the constant bombardment of inducements to buy buy buy. The century of the self is becoming the era of insatiability unless you can say bye bye bye to your own acquisitive, accumulative tendencies, thereby de-constructing the ideology of a self that has to be materially wealthy in order to be of value at all.

Maybe we need to overcome our desires in order to be free from suffering as Buddha realized over 2,500 years ago?