Sex in the city: the flirt, the fun … and the fall out

Previous Next
Sex in the city: the flirt, the fun … and the fall out 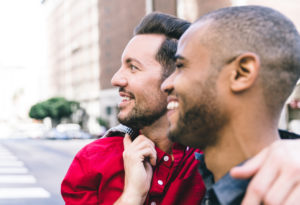 Why are you looking at websites for extra-marital affairs? asks my wife with a touch of scandal in her voice. Research! is my feeble response, for my next published article – really!

It’s worse than that. Truthfully, I signed up on one as a 40-year-old man, tall, strongly built, well-hung and with a good sense of humour. Username: sexual artist. And I signed up on another as a 33-year-old woman, married but restless, with a hot body. On that one, when asked about limits, I answered: anything goes. And both of my alters have been flooded with offers of affairs, short-term, long-term, cyber-sex, experimental, BDS&M, a smorgasbord of choices.

I admit feeling a little titillated by my ‘research’ but not only would I not act this out, I am totally against it. In fact, I’ve had a career of seeing people wreck their relationships, causing massive pain and devastation to themselves, their partners and their children. I’ve seen lives destroyed and ended. As a consistent theme, some of the worst suffering I’ve witnessed as a therapist has been caused by infidelity. And some of the most extreme forms of guilt, shame and regret. No, not worth it though of course I understand how powerful sexuality is and how compelling such opportunities can feel. Still-

Love is a matter of life and death as I say in How Two Love.

If you ask my advice, it’s very simple. If you want to be in a committed, exclusive relationship, then don’t cheat. If you want to have sex with someone else, then break up first and then you can do what you like.

However, there is a phenomenon of growing popularity, apparently, where attached or married individuals sign on to websites, pseudonymously of course (one woman called herself “orgasmatron”!) seeking an affair or even just a one-off sexual encounter. It’s big in France. It’s big in Australia, too, but the US is a little behind the times. No doubt, the Americans will catch up.

Here in Perth, Western Australia, where I live, many people work on a FIFO roster, that is Fly-in Fly-out, to distant and often remote places usually as part of the massive mining industry. It’s not surprising that many women (also men) find themselves on their own for 3 weeks out of 4, or 9 days out of 14 (there ar
e many variations), and even though the partner is very good about phoning in the evening, they are well and truly at a loose end (so to speak) routinely. The hours between 5.00pm and 7.00pm are most frequently applied to sex affairs, like having a little snack between work and dinner and bunkering down at home for the evening.

If you don’t believe me, then check out: ashleymadison.com, or wildbuddies.com, or flirt.com, or maritalaffair.com.au. But please don’t contact ‘sexual artist’ because I won’t reply. You see, I have done my research but there is a limit to due diligence.

One website claimed that 68% of its members believed that adultery was the ‘secret’ to the longevity of their relationship. (To me, this is nothing more than a further demonstration of how statistics can be massaged to support the agenda of the researcher, in this case: massaged with a happy ending). Another survey claims that 37% of French people have been unfaithful or expect to be, and not surprising since extra-marital affairs websites are advertised widely on the Paris metro.

Some sociologists and social commentators believe that sex has become a leisure activity and some warn against the dangers of addiction. As a psychotherapist and couples counsellor I ask myself: How should I treat this issue in the context of therapy practice? 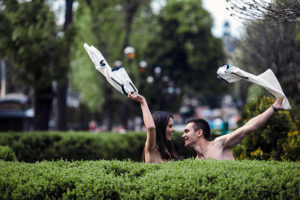 If someone comes in and says: the sex with my partner has dried up, he works in the mines and comes home totally exhausted OR she is menopausal and seems utterly uninterested OR he is so preoccupied with his work that he brings his laptop to bed for an hour before we turn out the light OR she goes away on regular business trips for extended periods of time AND SO I’ve signed up on maritalaffair.com.au. I think it’s quite harmless, WHAT DO YOU THINK?????

Every part of me is screaming DON’T DO IT!!!! but instead I say rather than give you my opinion we need to go into how you really feel about this and how you view any potential consequences. Therapists are not supposed to offer personal opinions and direct people according to our agendas and values. But-

These days, I am more than likely to hear back Look, mate, I just told you that I’m bored out of my tits and need some action. I know what I think. I just asked you what you think. I came here seeking another opinion.

I have to remember that I am over 60-years-old. I’ve been through all this. I dealt with it as best I could in my personal life. I don’t need to have an affair now and partly because I’ve been around the houses, been to the sun and moon and played in other galaxies. (Thank God). But other people, younger people, have to learn their own lessons, have to make their own choices, have to grab what they can from the smorgasbord … or do they? Does a meaningful life involve staying on the straight and narrow or making your own mistakes and suffering any consequences? Learning your own lessons along the way is bound to feel more real than just following what I say.

What is my professional responsibility to my clients? What if one comes back and says: while you were busy being neutral and getting me to explore my feelings, I set off down a path that destroyed my whole life. WHY DIDN’T YOU WARN ME?

There could be some justification for being aggrieved here. On the other hand, therapy is not telling people what to do or not to do. Our place is not to moralize, we can be moral without moralizing. Some people who have been nothing other than ‘good’ their whole lives have ended up bland and rather insipid when it comes to matters of sexual intensity, passion and irresistible eros. Who wants a vapid therapist when dealing with that!

Therapists must understand the urgency of such internal conflicts, and the potential gravity of their consequences. Such consequences can affect not just one person’s future but whole generations of individuals and families that follow. My position as a therapist is that we need to think through, talk through, consider fully the implications of what the client is setting out to do – what it means and what consequences can result. Otherwise, if you act on impulse, then you may pay a higher price than you ever would have agreed to, if thought-through first.

In a general way, I’m for sex, I think it’s a good thing, healthy, at least potentially, and desirable for most (in the ‘right’ way). But something really bothers me about this ‘affairs business’ apart from the likelihood of damaging a primary relationship and mortally wounding your beloved, the person who (supposedly) means most to you. This is what bothers me: an anonymous affair takes you to a high level of alienation. The internet offers whatever anyone wants, whenever, wherever, with a total stranger (well, not total because you get to see a pic of someone’s face on your screen). An affair used to refer to a meaningful sexual relationship between two people who grew to feel attracted, close, maybe even loved.

If two people are single and hook-up for consensual sex and nothing more, then that is between them and I have nothing to say against it. What I mean by alienation, however, refers to the impersonal aspect of it. The most intimate of relational acts is done between two people who wish to remain completely anonymous and hidden. I’m not saying it’s wrong (that would be moralizing). I’m just saying it bothers me.

Maybe age does have something to do with it? A lot of sex happened during my university days with very little preceding it. Now, the thought of that holds no interest or energy for me. Maybe that’s just me?

Recently, a rather disaffected 39-year-old woman consulted me because she was bored with her 20-year marriage (the sex had died many years ago). She didn’t want to leave but wasn’t happy to stay either. She confessed that she had been texting an attractive younger man whom she had met in another country and that their texts had taken a decidedly sexual turn. She had a business trip planned to that country and had arranged to meet him for coffee. That seemed harmless enough to her. What did I think?

I said I have just had a book published called How Two Love and in there it says: it starts with coffee. I had never known her to laugh so hard and long. You’re kidding! She couldn’t believe it.

In the book, that reference is all about applying the brakes at the earliest opportunity – before coffee – because it gets harder as you go, unless you have already decided that a sexual affair is what you want and intend to do.

It’s a bloody good thing this article got published or my wife would never have bought that line about ‘research’.